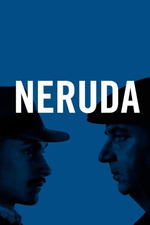 A fascinating and layered film which manages to cover a lot of ground (politics, philosophy, romance). Crucially it's a playful film full of humour, which both celebrates its characters while simultaneously poking fun at their foibles, pomposity and self-deceptions. Both the poet and the police officer are portrayed as complex characters with inner lives, conflicts and contradictions, and performances are fantastic throughout the film, including from actors with only a scene or two like the transvestite singer and the autograph hunter.
I was a little irritated by the cinematography, full of lens flares and artfully faded colours (some Cannes reviews complained that it looks like it was shot through an Instagram filter, which I kind of agree with), but that's just a matter of personal taste.