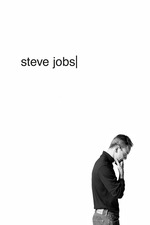 A film that I hated it ended, to the point where I call it a fault and a wicked blessing. I love how this has nothing to do with Apple products and everything to do with Steve Jobs. It might seem like an unbiased look on his life, but I'd say it's biased, not in his favor (except the ending). Again, that ending made me yearn for more because I wanted to see more of Jobs' life told in this manner and I thought his final form was partially unearned. Such a great script with insurmountable perils thrown at this man's life, which all work against his personality. His growth, or lack thereof, was painful to watch and when it <was> there, it could have used <less> of because of that insufficient ending. The approach is fascinating, the acting is terrific, Winslet got me the most shook, and the structure is reflective. Sorkin's got me using some flashy vocabulary.