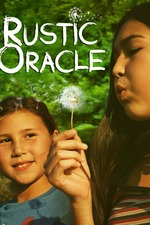 Rustic Oracle is a drama from writer and director Sonia Bonspille Boileau, which tackles the Canadian national crisis of Missing and Murdered Indigenous Women. Set in the mid-1990s, Rustic Oracle is told from the point of view of 8-year-old Ivy, who doesn’t quite understand why her sister Heather hasn’t yet come home. Ivy is also plagued by a recurring nightmare, where she sees an unknown man in a bedroom. Ivy ends up joining her mother Susan on a search for Heather all across Quebec and Ontario, in the hopes that they can locate her alive.

Probably the most chilling aspect of Rustic Oracle is the statistics given at the end of the film, stating that Indigenous women make up a quarter of Canada’s missing and murdered cases and half of the country’s sex trafficking cases, despite representing only 4% of the Canadian population. Unlike Don McKellar’s 2018 film Through Black Spruce, another recent film to tackle the subject of Missing and Murdered Indigenous Women, Rustic Oracle has the distinction of actually being written and directed by an Indigenous woman, with Sonia Bonspille Boileau basing the story around her old experiences as a teenager growing up in Kanehsatake.

While the final minutes of Rustic Oracle do succeed at heavily pulling on your heartstrings, I did feel that the film felt tonally off at times for a film about such a serious subject. In fact, in many ways, the film seems to be using the missing person’s case to create a closer mother/daughter bond between Susan and Ivy. There are also the framing scenes at the start and end of the film with an older Ivy (Devery Jacobs), which hints early on that you are probably not going to leave the film with dry eyes.

While there are elements of the film I think could’ve been improved, I will ultimately say that Rustic Oracle is probably the best film right now you can see about the crisis of Missing and Murdered Indigenous Women and that is reason enough to go check the film out.