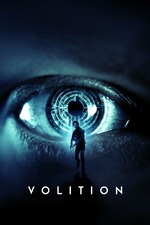 Volition starts off seeming like it’s a basic crime thriller, with a slight science fiction element. However, Volition really ramps up the science fiction in the second half of the film, as we learn about the true nature of James’ clairvoyant abilities and how his visions come to light. At the very least, the writing of the Smith Brothers should be praised for not making the events of the film too confusing to fully comprehend.

While I will say that the science fiction elements of Volition work, the crime thriller plot of the film is quite basic, with the diamonds that James is told to look after being little more than a MacGuffin. The local crime boss Ray is practically an idiot, with the true antagonist of the film being Ray’s scheming cousin Sal, who is always accompanied by his heavy Terry, played by quite prominent Canadian character actor Aleks Paunovic (Puppet Killer). The character of Elliott, played by Bill Marchant (Chappie), is primarily in the film to be an exposition machine, while the sole female protagonist of the film Angela, played by Magda Apanowicz, doesn’t really have much to do after the first act of the film, other than being someone that James is trying to save.

Overall, I will say that Volition is a mediocre crime thriller that is elevated by a better-than-average science fiction element.