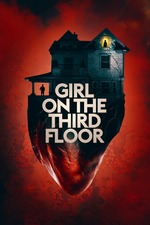 Girl on the Third Floor

The first act wasn't too terrible. There's a man and some weird stuff happening in an old house, a hot girl, and some sex. In the second act, the guy realizes the sex was a mistake, and the hot girl turns into a psycho. Then something about marbles. Pretty normal horror fare.

But the third act completely abandoned all sense and rationality with time-traveling, unexplained murder, and about 12 seconds of screen-time with a young girl who happens to be on the third floor.

In the epilogue, everything is well and fine… then PSYCH! Which, again, is pretty normal horror fare.

A straightforward, low-budget horror flick that doesn't break any new ground. That's a 2.5–3.0 out of 5. The WTF moments in the third act were pretty nonsensical and completely out of nowhere.