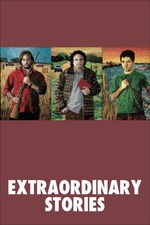 Life is something so simple yet at the same time has this feeling of endlessness and impossibility to it. When you try to understand a lot of things you come to understand others far less, and while doors are always closing around you sometimes one will open from above that you didn't even think existed. Then another opens below you and you fall down some rabbit hole in which new doors will await. There's an adventurous spirit inherent to people that we're meant to suppress and dial back because it's just too childish. Even in art, we're told it's pretentious to explore yourself and your ideas in the way you want if it's too out there for normal sensibilities. Life is supposed to work mechanically, consistently, easy to understand and easy to categorize. Things fall into line exactly the way they're intended to. Until there's a crack. You see inconsistencies, it's not solid or whole. You stumble across another layer beneath the one you operate and you wish to investigate it. You realize there's something more to your life than what you thought and, as anyone would want to, you embark on an adventure. You're always expected to understand exactly what life is yet there's always some negative categorization people attach to your way of understanding it. You're childish, you're pretentious, you're delusional. You might be all of the above or none, but there's always a categorization for you.

So you chase this dragon to its nest. You see you were running after your own shadow and it's not what you thought it was. Great myths don't really exist like that, at least not usually, and it's fine too. That's not the only meaning of stories we love. We yearn to escape the disappointing normalities of life through these stories, yet, in some way, try to find what's most deeply human to us in them also. Because outside in normality there's a certain shame to it. We look at it as something different, our own human mysteries and privacies as separate. But life really is simple, everything tied to people is rooted in the nature of people still. It's not totally separate. There are plenty of things we'll probably never know of or comprehend no matter how far we think science has advanced. That's not what our favorite fantasies are about. Not usually. We consider huge ideas of alternate worlds to confirm what we think we want. But this movie shows an earnest side of these things we find escape in. They're truly human at their core, there are always mirrors to reality in fantasy.

Stories are our way of exploring life. Art might be the best way of coming to understand yourself, at least in my experience. We're drawn to the extraordinary and we're drawn to adventure but we're not supposed to view life as such. Life is simple. Categorizations, mechanics, and everything can be explained. Yet not everything can be solved. More and more lately, it's felt impossible for me to know that I know things. I'm chasing resolution through a series of endings that don't stop, the endings have endings and beginnings still after, and it's starting to look infinite. But that's actually okay. Perfectly alright with me. Life is made by its stories, and I really do love all its potentials and mysteries. It's okay to not know sometimes. Keep going, keep discovering, and keep in love.