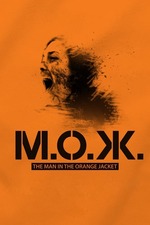 I'd been wanting to watch this one for awhile and I was so glad I was finally able to tonight.

From what I've read the norm in Latvian cinema is mostly comedy and drama, so for a horror film to come along and reawaken/revive/create a standing effort in the genre where it is basically non-existent is both innovative and rewarding. It's nothing special really, the plot being somewhat disjointed, but it's powerful in the way slow-burn horrors are, while watching this films such as High Tension and The House of the Devil came to mind, as well as films like The Shining but more subtly. And maybe even with nods to such films as The Toolbox Murders, or even The Tell-Tale Heart by Poe, but this is all just personal viewpoint/speculation. The film is heavy with impending uneasiness and dread, with a score set nicely with brooding eeriness, and the killer sadistic enough to please.

Honestly, it's probably the type of film M. Night Shyamalan lays awake at night thinking of making, and if only he had the patience with minimalism like this director then maybe one day he'd have something like this. Graceful pacing in its short run time and strong with its cinematography, it builds a nice tension throughout. Really pulling us back and forth. I appreciate a brave move like using minimal dialog and, at times, arthouse style atmosphere to plant your films feet even more. Most of what goes on appears just on the surface but there's a layering to it (metaphorically) which made some scenes stand out among others, and which if paid close enough attention to makes the ambiguous seem a bit clearer by the time its over.

Latvia may bring us more horror in the future but for now this film stands alone and is the stepping stone for aspiring genre enthusiasts not just there but anywhere in the world.