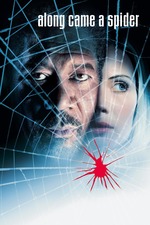 Another run of the mill detective movie. Would have been a great TV series but comes off as an average Hollywood detective film.

Freeman not his usual spectacular self. He didn't have a lot to act with being honest. Most of his acting looked like not acting or responding at all and he looked most uncomfortable in any scene where he was required to run. Direction was pretty average too offering us nothing new.

1) yelchin is a little Russian boy in this. And I mean little!!!!

2) I actually didn't see the plot twist, which I won't spoil here but needless to say when a film is written as poorly as this you don't expect something to catch you out, yet this managed it.

Don't rush out to watch this but if you like crime films like me then give it a whirl, it won't amaze you but it won't be a waste of your time.