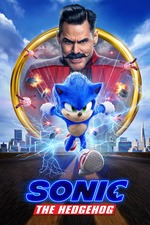 This is my black panther. This movie empowered me. It helped me get over my rejection from the female known as Amy who’d rather date a chad instead of a true gentleman who would treat her well. Amazing cinematography and a great performance by Ben Schwartz, who has fortunately moved on from artsy-fartsy hipster trash like Ducktales. Films like sonic the hedgehog are true art that often get misunderstood who watch Pokémon kiddie movies instead of challenging thought provoking kino like sonic.

Actually what I think of the movie:

Pros: Action
Ben Schwartz and Jim Carrey
Sonics arc
What it wants to set up in the sequel
The two funny jokes
Sonics backstory (the first 3 minutes)
Cgi
Cons:
Writing
Doesn’t feel that genuine when it gets serious Trapping sonic in a car
The weird choices they take with the source material
The story