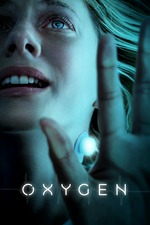 Have you ever live in complete isolation? Have you ever felt such terrible claustrophobia of slowly losing your life from the grip of your's? Have you ever experience that heart wrenching agony of unable to do nothing even after hearing someone very close to you have been dying? Actually it's the phrase of second wave of COVID in India. And nearly everyone is going through this most awful timeline by facing pain, loss, even uncertainties of living a uncertain future as new threat of India's COVID situation is deficiency of Oxygen supply, even though fortunately we've been allready manage to keep control over that extreme worst case scenarios but still there's threat, sudden downfall of Oxygen level can take anyone's life...quite surprisingly that's the exact story of 100 mins edgeof the seat thriller OXYGEN. It's for sure from now on contextually or in some cases may be intentionally the COVID19 backdrop definitely comes across the plotline of many upcoming movies but in case of new Alexandre Aja thriller OXYGEN, it's the most effective COVID film released this year so far.

Aja is on his way of proving his glory in making survival thriller deals with confinement zone after CRAWL. It's a Scifi thriller which deals with survival of a middle aged woman in low limited oxygen level who suddenly wakes up inside a Cryogenic chamber with zero recollection of any of her memories. Now best part of the movie is it's first act which's also true any other Aja films, it starts just like a blow of fresh air which definitely takes me high, promised me that "I'm going to watch a mindfuck thriller which atleast offers definitely something new". A woman who suddenly finds herself inside a Cryo cell in near future is definitely something that attracts any thriller lover towards itself. Specially it's first half-hour is felt most effective as the film unfolds itself as like a mystery thriller alongside a survival backdrop..we have been introduced to Liz(Played by Mélanie Laurent) as a victim who doesn't have more than one and half hour to live..she has to ask the right questions at right time to a super computer MILO for figuring out who the fuck she is? why tf she is in here in a cryo cell? who is behind everything? Why has no one responded to MILO’s distress signal? Why do calls to home and mainly authorities seem to be getting her nowhere? Why can’t she even remember her own past other than some array of ambiguous images? and not to forget how the hell she's going to get out from this crazy ball shaped confinement space where in every minute Oxyzen level is going downward. And that's pretty much fun here to feel the top notch suspense of the plot slowly. Definitely it's not a "second watch enjoying" type film. It's only be felt in best way in it's first watch with a zero knowledge just as like as Liz about what's going on and why's going on here? But again it's not even that kinda sci fi film which has based on some high concept which doesn't really answer everything eventually. Though few moments are there which's looked like it's may have potentials to stand in between Kubrick's 2001: A SPACE ODYSSEY and Nolan's INTERSTELLAR..But sorry for misunderstanding it's finally become a MOON with ROCKWELL doesn'thave permission to get out from his spaceship! Everything has been described and explained by series of exposals and twists in time. And from there on problems have been starting to be shown up. Few twists are good enough to sustain my attention for rest of the story but unfortunately maximums have just become completely flat and formulatic.

But as it just sticks into a single set with a single character that means it's definite that Laurent has to take every bags of load in her shoulders and she's just extraordinary. She fits in her role, she expresses every bit of emotions by just laying down there, phenomenal! Nothing to deny Aja makes a decent above average survival thriller but tragedy is here he plays safe again, starting with such gripping heightened intro...along with the Oxygen level in the Cryo cell, film itself starts to go down, it releases tension of the plot a bit by bit by some quite not-hard-to-guess twists, it finally loses everything with it's claustraphobic mood what it wants to or perhaps has created by it's first thirty minutes. But I like the end reveal and even the end sequence too which it seems like plenty have problems with. But whatever through out this whole film, what's even much more scarier even than watching someone suffocating and blubbering for living in outer space that's Liz's one particular flashback back in the Earth watching humanity suffering in a pandemic and imagining whatif humanity gets lost from Earth forever really after two generations? Still it's for sure, untill "hope" is there inside beart of humanity, upto then it'll manage to survive!
******************************************************

●THIS IS NEW DECADE'S LIST,CHECK IF U WANT: HERE