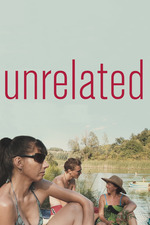 NOTE: Thanks to Alex for one of the best recommendations I've gotten in a long time! Give her a follow! :)

While this is my first foray into Joanna Hogg's filmography I'm going to label her as Joe Swanberg's European sister because this film is as narratively and emotionally chaotic as a Swanberg joint but filmed WAAAAAAAY more beautifully and inspired than Swanberg ever could (filming in Italy sure does help though). This isn't your traditional laid out narrative, more of a collection of very genuine human moments that feel little like fiction and more like someone took a camera with them on their actual holiday and captured some of the awkward sexual tension between people who probably shouldn't be sharing the tension, blowout family arguments, and uncomfortable sad relations. It makes your typical slickly filmed Hollywood dramas feel a bit fake dunnit?

Hogg doesn't let a small budget get in her way of having a beautiful film. While Swanberg's films kinda have the feel he put the camera there because that just happens to be where the kitchen table was at the time, Hogg's shots are simple yet precise and obviously well planned. Something as easy as having characters sit in two red chairs point towards another two red chairs with characters in it probably sounds unimpressive but watching it, with the chairs in the right angle, there's a symmetry there that is appreciated. And don't get me started on all the shots of Anna surrounded by the Sienna countrysides or her walking with the family on the historic cobblestone roads of Italy.

Most will be bored by the lack of camera movement but this is the film at its most fascinating! The camera is stagnant and remains still for 98% of the film, and the 2% of it when it moves are subtle hints showing what the lead character Anna's true desires are (Tom Hiddleston, duh). Not only is the character infatuated with him, but at one point Anna calls Tom's character by the name of Tom...when his character's name is Oakley. And they just left it in there! Actress Kathryn Worth was so obviously wooed by Tom that she just completely called him by the name in the take (that's what I'm going with anyway).

The film sets us up for an Oakley and Anna affair and, while I won't state what exactly happens, it is a subversion that will at first be very unwelcome and frustrating for the viewer. Most viewers will be rubbing their hands waiting for the big steamy controversial cougar/twenty-something affair to begin but what actually happens isn't sexy or flashy but it hurts and (I think( this is more of a film for people who are hurting. To give the character exactly what she wanted would be the easy way out. Instead we have see her wiggle around in her frustration and it's hard but it helps us related to those moments. Giving us the expected steamy sex scene would be a temporary joy, but Hogg giving us the raw emotion is what will cause you to think about this film weeks from now.

This film is to be watched for all the awkward vacation moments you've had. The awkward allegiances that form (the division between "The Youngs" and "The Olds' here is spot on and I love that Hogg films the young people's as legit people and doesn't loom down on them as silly). The quiet tension between family members, the unspoken sadness, and your inebriated high moments with the most unexpected of people.

A lot of people will be unhappy with the abrupt ending, but I am of the opinion that not all endings have to be poetically ended with a definitive nice little narrative bow wrapped up for us. That isn't life. And to give a sappy conclusive ending would feel like a betrayal of all that came before. Because while UNRELATED is fiction...it's about as close to real life captured via fiction as you can get. And that's rare.