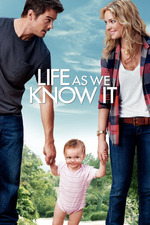 Here's a few complaiments (I can't decide whether it's a complaint or compliment).

1. There's a scene where the couple have to take the baby driving around the neighborhood by a car so that the baby would stop crying in the middle of the night. They drive for hours until supposedly almost early. The guy looks tired af and the woman has already fallen asleep (so is the baby).

2. Then there's a scene where the guy is angry and wants to ride on his motorbike to relive his stress but the woman advises him not to because 'You know what I feel about our best friends' death (who died in car accidents)'. MAAM YOU DROVE BEFORE WITH THE BABY IN A CAR WHILE BEING SLEEPY WHERE WAS YOUR TRAUMA AT AND DON'T YOU GUYS DRIVE EVERYDAY TO WORK IT'S NOT LIKE YOU TAKE THE PUBLIC TRANSPORT.

3. Then when the two main characters start to getting comfy with each other, SHE WANTED TO TRY RIDING THE GUY'S MOTORBIKE. WITH MINIMUM PROTECTION. WEARING A DRESS. IN A CITY ROAD INSTEAD OF OPEN FIELD. WITHIN ACTIVE HOURS (I'm guessing since there's still a bus on the road). THEN HITTING A BUS WHAT DO YOU EXPECT WHERE'S YOUR TRAUMA HERE WHERE LET ALONE BRAIN.

4. There's a scene where she treats him to dinner. I thought she would take him to a fancy restaurant. But no, she took him to her restaurant then she cooks for him. Why don't you just cook at home then? What's the point?

5. While she was cooking, he says that she looks like she enjoys her freedom cooking without recipe. Then she says her restaurant is the only place where she can do things without recipe. Like... Ma'am is a professional chef, of course she cooks with recipe. What does that even mean? Cooking without recipe? Are you currently experimenting on french fries sushi? Does he mean she cook without recipe because there's no cooking book by her side? EVEN MY AMATEUR SISTER DON'T COOK WITH COOKING BOOK OPEN ANYMORE unless they're learning something NEW. Stop looking at 1950s kitchen ad posters.