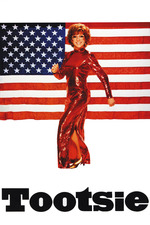 Feels very honest to me in perspective and performance. Such a fucking killer script and gets away with a goofy, huge soundtrack and multiple original song montages. Often shot like a stage play to incredible effect. New York in the 80s baby!!

This movie is just endlessly fascinating to me. I adored it in college with little critique. I take issue with its limited perspective on gender and sexuality now but find my friction just creates new angles of interest rather than limiting the appeal.

Jessica Lange and Terri Garr are fucking stunning in this film. Garr’s final monologue telling off Hoffman is like eating a gourmet bomb, so delicious and explosive. I was hollering!

I would personally cut the ending or make it a lot more complex. Doesn’t feel in tone with the rest of the film or the other parts of how things resolve.