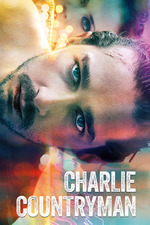 Love and loss by the way of fantastic escape, not so much genre-smashing but a vague blurring between parameters. Its construction and execution is eclectic, fluctuating between whimsy and intensity; not exactly smooth, but certainly never boring. Charlie Countryman follows a ubiquitous format: our protagonist embarks on an impromptu trip to another country (Romania), falls in love (with a woman named Gabi), and becomes entangled in shenanigans (it's... it's complicated). The difference: Charlie speaks to the dead. The basis for his meeting with Gabi is pretty bizarre, and I don't think the film really realises that (it also forgets he has this ability for a while). Still, Charlie and Gabi's relationship is unequivocally the most interesting thing at play here; it's one rooted in mourning, propelled forward by happenstance, solidified by the willingness to sacrifice. Shia LaBeouf gives it everything he's got, his enigmatic yet vulnerable sensibilities on full display (sometimes too much so?). Love love LOVE Evan Rachel Wood here. She immerses herself in Gabi's headspace - wrenched, dripping with sorrow, slowly being torn apart by men (Charlie not exactly excluded) - with an absolutely killer accent. And even when everything surrounding these two characters gets a bit bizarre, at least it looks great - props to DP Roman Vasyanov for creating a gorgeous visual landscape. Speaking of aesthetics, holy heck does that M83 track make the ending. It transforms a near-impenetrable finale into something of a statement. Something close to beautiful.