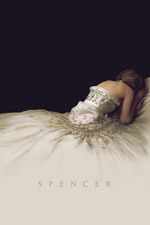 Firstly, I would like to say it is hard for me to be objective due to my empathic feelings towards Princess Diana but I'll try my best.

I had no idea about Spencer's story arc. My best guess was it to be about the fall of Prince Charles and Princess Diana's marriage and the tragic death of Princess Diana. It is being only about three days was a little shock for me. But I liked it. I always loved movies which tell the story of successive days.

I am not a big fan of scenes that they shoot with moving cameras but I think it was necessary to use in Spencer and I loved it. It is used as a great technique to feel Princess Diana's emotions and easier to be empathetic. Overall, I can say I liked the cinematography, I had quite a few shots I can say my favorite.

I don't like Kristen Stewart's acting SO much and when I first heard she was cast as Princess Diana, I had my "What the actual fuck?" moment. I couldn't get my head around it for a long time. I am not gonna say she was that perfect but she was good.

I absolutely loved the soundtrack. It is going to be my jam for the next few days.

My friend who I went to the movie with cried two times and both were the scenes included Princess Diana, Prince Harry, and Prince William. And, he was not wrong. I wish they had more scenes with those three because there were scenes I don't think belonged to the movie.

Last but not least, please do not make more movies about the royals. It is enough. Thank you.