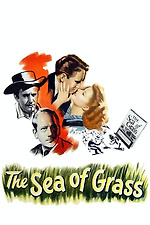 Stiff, melodramatic, without a realistic bone in its body, Elia Kazan's follow up to his decent debut is probably his worst film. It's executed very much like a play, with very expressive and actorly performances not well-suited to film. The background of nature and this "sea of grass" looked really strange, like the magic that turns physical sets into life-like landscapes didn't happen. Like his first film, he tries to tackle another family drama, but the writing isn't anywhere near that of A Tree Grows in Brooklyn. It just sort of trudges along from scene to scene trying to get to the heart of the quest to settle the western United States without ever even scratching the surface.