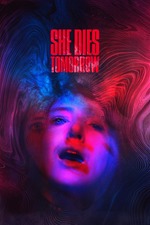 One of those movies that is just too fleeting. It's a slow burn that really hits a intriguing stride after the intial set up, but it had a glaring flaw for me. The few psychedelic scenes, along with a few others that I won't mention for spoiler reasons, make the ambiguous ending lose all of its effectiveness. In the moment these things work, but when the ending happens it feels like the concept wasn't fleshed out. Those small sections were just not needed and felt like they were a part of a fuller concept that they didn't have funds or time to complete, and as I said they take away from the ending. That said, I did enjoy it and it had me curious. Even with the sections that felt like they shouldn't have been in the film, it felt too short and at times the narrative felt rushed. I will be looking out for future works from her though, as it was intriguing and directed well. Apologies for the lack of depth in the review, but it would be really easy to spoil this film.

Jesus Shows You the Way to the Highway