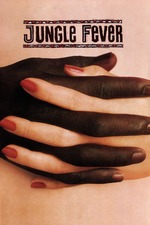 'Jungle Fever' hit the audiences on the head with its themes and on-the-nose viewpoints regarding racism and interracial relationships, despite this and the unusual ending, Lee does however promote a conversation regarding subconscious intentions when different races mix. Ebert finely states that, "'Jungle Fever' is Spike Lee's term for unhealthy sexual attraction between the races - for relationships based on stereotypes. Too often, he believes, when blacks and whites go to bed with one another, they are motivated, not by love or affection, but by media-based myths about the sexual allure of the other race".

Watched on a digital file

The Cowboy and the Frenchman