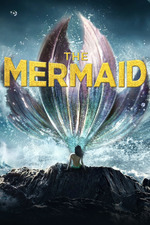 t isn’t really a secret that I’ve been less than enthused with the movie industry coming out of China in the past decade. As more and more Hong Kong stars and directors get lured away by big budget Mainland firms to pump out soulless imitations of Hollywood blockbusters, my interest in what they do great grows less and less. A few directors are working against the trends, but the only one with the clout to basically do whatever he wants is Steve Chow. Though Chow took extended time off in front of the camera to work more on the production side, his return to directing has been a welcome development. First he came back with Journey to the West: Conquering the Demons, and soon after with The Mermaid, where Chow returns to his roots with a love story buried beneath a bunch of other movies. The Mermaid went on to slay at the box office, becoming the highest grossing film in China (not any more, lol!)