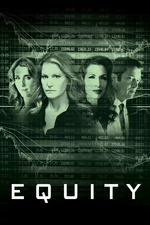 When I initially watched this movie, I think I was too focused on what it isn't — a Wolf Of Wall Street style dark comedy, or a drama with an approachable and human lead fighting for her rights. Looking back on it, I see it more for what it is — a tangled, overcrowded, but strikingly ambitious thriller about women in the workplace, and how navigating corporate politics and Wall Street manipulations is hard enough without fighting the gender wars at the same time. This is one of those "movies for grownups" critics are always saying they want — a complicated drama full of unlikeable characters (and hooray for those!), a lot of nuanced layers, and no adolescent wish-fulfillment or shallow action-drama. But the problem with grownup movies is that they take a lot of careful, thoughtful unpacking, and this is a movie that has to be analyzed past its sometimes-silly surface level to have real meaning.

Full review for The Verge here.