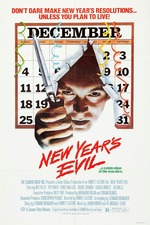 Mostly dire Cannon release with a killer offing a woman an hour to celebrate his love of the four major time zones of the United States, not counting American Samoa, Guam, Alaska, or Hawaii. Utterly lacking in tension or suspense, but does contain some amazing punk/new wave fashion and music provided by two groups, "Shadow" and "Made in Japan," one of which sounds more like Yes than X or Fear. There's also a really tall guy spotted in the mosh pit, livin' the life. Inexplicable acting choices made throughout, especially by Grant Kramer playing the weirdo son, who moves like a Butoh dancer through the whole thing.

Pieces of a Woman