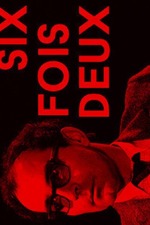 1a - THERE IS NOBODY: Sure, Marxists, you might talk about the workers, but have you met any? Here Godard sits behind a desk and talks to people who have come for a “job interview,” which turns out to be an interview about work instead. At first we see a variety of people—Godard is only visible as a bit of a torso and a hand reaching out to his ashtray—and then Godard settles down to two people. One is a young unemployed man, soft spoken, who knows how to weld. The other is an older married woman, who’s done a bit of everything, but mostly house-cleaning. Although his questioning sometime lands on the didactic, it’s fascinating seeing him break down the whole idea of labor, of selling your body’s strength for money, with these two people. Certainly, the woman who vacuums is thrown off when she’s asked to demonstrate her work, compared to *doing* the work. The two reveal their weird biases and assumptions about their station. That one sings the Internationale at the end and the other declares their thoughts about unemployment and racism shows something happened during the exercise. I clapped at the end, to myself. I felt I had witnessed class consciousness come alive.

1b - LOUISON: An hour-long interview with a farmer, in which Godard poses the question: “Do you consider yourself more as a farmer or as a countryman-peasant of another kind of factory?” Because of food production, our basic source of nourishment/energy/non-starvation, the farmer is the ur-job, and so Godard interviews one such, very-talkative, fellow. Just over half-way thru, Godard interjects (via text): “Hey you spectator, maybe you are fed up because the speaker talks too much. Don’t forget he speaks the truth.” By the end, the farmer explains the multiple levels of debt and exploitation and of the system he works within. Are we the cows at the end, pleasantly trundling along and a gate shut behind us?

2b - JEAN-LUC: Godard in an over the shoulder conversation with the editor (?) of Liberation newspaper, getting deep into theory, while critiquing the first two episodes. Why would anyone want to listen to a farmer talk for and hour? Why would somebody want to listen to Godard talking for an hour, either? (and smoking what looks like an entire pack of cigarettes). A lot of what was mentioned before (welder vs. writer, welding torch vs. pencil; what editing is and isn’t). This really needed a better translation, though I’m glad we got one at all.

3a - PHOTO & CIE: 20 minutes exploring a single photo—a bayonet execution of a protestor (?) in Pakistan—with distance provided by talking about the mechanics of photography. Then faster paced cuts as Godard and Mieville explore photojournalism in a similar vein as Comme ca va (even including some of the same photos). It also reminds me of the postcard scene in Les Carabiniers.

3b - MARCEL: “Endearing” is not a word that pops up with Godard a lot, but this interview with an amateur filmmaker Marcel, a retirement-age man who works in a watch factory, is heartwarming. Here is a man who makes films for fun, to show to his friends, and applies the same kind of precision (and eyewear) as his day job. He films around Mont Tendre, focusing on nature, flowers, and plants. Godard shows us clips, manipulating some with his video double-exposure effect. He also shoots slide photographs, and it’s the slide machine running all the way through the interview that we hear. Here is a worker and an artist, but separated, and using the medium that Godard uses. How different they are, but how similar. Godard asks the obvious, would Marcel make movies for money? Marcel says “I don’t want to make profit with the product of my soul,” which is as poetic a line as I think you’ll get in this series.

(Pause so I can ask, seeings I think we’re all watching the same copies on youtube, what is the provenance of these recordings? They are credited to New Yorker Video and BFI, so they must have put out a box set at some point. The sound recording is perfect, much better than I expect from a recording off VHS—no hum, no his, but also no distortion when the tape loses correct tracking, which is weird. Also: the subtitles are not affected by the bad tracking…. So does this mean the bad tracking is in the original? The whole project needs a remaster/rerelease. So many questions!)

4a - PAS D’HISTOIRE: A mixed bag of various ideas, of “stories”—an interview with a writer (I believe of humor? Is it a Charlie Hebdo writer?), two skits involving children, one showing a child outside with a soundtrack of a mother’s endless chastising and complaints (read by a man), and the other a child slowwwwwly reading a text above her skill level, and then a long discourse on communication and the “in between” by Godard, using several photos of a woman and her baby. This one will probably make more sense once I have watched…

4b - NANAS: Godard tries to interview a series of women about society and finds that not everybody is that interesting. Mievelle also critiques Godard, saying something like “well, I wouldn’t want to be asked these questions” and why should they and what answers do you expect? Then Godard finds a prostitute who *is* very interesting and offers some tales of clients that you wish you hadn’t heard (one clue: smegma), and then ends with an interesting chat with a grandmother whose estranged relationship with her daughter has broken her beyond logic.

5a - NOUS TROIS: A couple talk to each other, or rather we assume they are together, Godard never gives us a two-shot. It’s totally silent except for Godard’s usual videotape machine framing device/credits. The man has been in prison and recounts how he used his memories of his love to keep sane during torture. (Once again, we are back thinking about the torture in Le Petit Soldat). Silent, as I said, except for Godard’s handwriting that covers the screen. But it’s not Godard the didact, but Godard writing in character. This is the first fictional (?) narrative in the whole series. Why silent? Are these actors? Is this based on a true story? I have no idea.

5b - RENE: Or rather “Ren(e)e” as Godard is punning on the man’s job in quantum mathematics. This is quite an interesting one, as Godard, who has seen writing his semiotic equations all over the screen for most of the series, meets up with a man who writes equations all over a chalkboard. I don’t know if this was filmed first, but it feels like so much of what Godard was thinking is put into words here, and the idea of trying to reduce the ineffable qualities of society really gets Godard’s juices going. I know Godard meant this to be the order to watch, but IMHO this should go first.

6a - AVANT ET APRÉS: Following on from that this penultimate episode lays out the whole structure of the series: theory in one column (the a section) and interviews with people (the b section), why they chose to do it, and the feedback they got from the viewing public during the summer. I have no idea who the man is speaking, but he is being fed lines thru headphones by Godard (you can hear Godard’s voice). In some places it’s like a director’s commentary. There’s some good feminist criticism of television announcers, re: sports. But…how can Godard not end on this? He doesn’t he ends with…

6b - JACQUELINE ET LUDOVIC: Two interviews in the same institution, both for those with mental illness. Jacqueline is happy and chatty and it’s only after a while we also realize that she intends on marrying the Pope, and has concocted a series of fictions in which the Vatican has given the okay and let her visit a few times. Ludovic is the opposite of chatty, and Godard coaxes some kind of conversation out of him, but then again he will just suddenly stop and not say anything. Why end the series with madness? Is this the end result of our obsession with narratives? Is this a micro version of the lies a country tells itself?