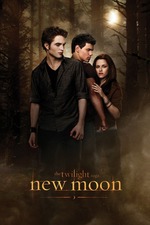 how do you make a sequel to one of the most successful films of its respective release year? well, in the case of New Moon, remove a main character from the plot almost entirely and make it a breakup film. in absolute awe of how this was a massive sequel blockbuster of its time, for this is essentially more of an introspective mood piece than a vampire romance film. the vampire stuff is practically background noise here, and it focuses more on Bella and her relationship with Jacob; what would probably just be a subplot in a film released now is quite literally the entire plot to this film. the soundtrack is excellent, as is to be expected by this point, and Stewart is able to effectively bring more depth to her character during this film. i get that this is just a sequel and that there are still three more films left in the series, but it’s astounding to me that this movie is the way it is. it’s honestly kinda daring in what it decides to do with its plot, and i genuinely respect it for that.

The Kid Who Would Be King