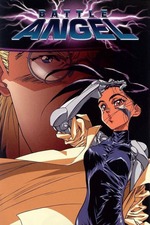 This OVA makes the case for the sheer extent that good direction matters when adapting a work.

Robert Rodriguez's live-action movie contains a good 75% of the same story beats and all of the same characters as this movie here, but thanks to Rodriguez's keen eye for visuals and his ability to elicit strong performances from his actors, that version stands strong.

In comparison, this OVA here is a far inferior version of the same story, coasting by on the strength of the source material and that's it. The animation is fairly poor, the art direction isn't as impressive, and the bizarre choice was made to feature almost no soundtrack whatsoever. It's certainly not the worst movie in the world, but I'm really glad I didn't watch this OVA before I saw the live-action movie, because it would have killed most of my excitement at the time.

Tom Waits for No One