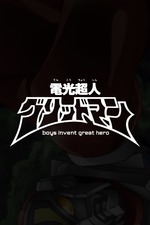 Review for the full series this short spawned a few years later, SSSS.Gridman:

I could give less than a crap about the ultraman kaiju fighting stuff-- it's beyond boring to me when there is a fight in every single dang episode. But as an ontological mystery with an amnesiac character trapped in a confusing, misleading world, it's excellent and provides all that level of intrigue and cliffhangers you're looking for. The characters are really fun and dynamic and the way they react to the mysteries as they unfold makes it really exciting.

The main draw for SSSS.Gridman, however, is the amazing direction, using editing and sound design to tell a much stronger emotional story than anime usually ever can. Aside from fight scenes, the series has practically no score--almost no soundtrack, instead leaving it to the beautiful art design and ambient sound to convey the mood. The voice acting is also generally incredible. Many of the characters are Trigger-esque silly-accent gruff characters, but the main cast, especially Rikka, are given amazing voice work. The dialogue is very naturalistic--characters trail off, mumble, and talk over each other in a way anime practically never does. Thanks to this, you never feel like your hand is being held into the story beats, and the entire show evokes a really nice atmosphere of a creepy world in a sweaty summer.

The ending isn't quite up to snuff in my opinion, resolving the mysteries in a way that is maybe "too anime," if that's the right way to put it. Less mecha fighting in favor of more character drama would have won it over for me, I think. But as a whole the show is very good and an easy recommendation for fans of mystery-thriller shows.

However I will admit I don't ship the main romance ("romance?"). Trigger wanted me to take the bait and I just didn't find it interesting at all.