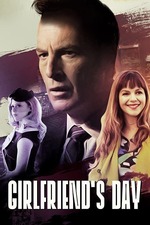 I quite enjoyed this movie the first time-- a satirical neo-noir about a jaded greeting card writer played completely seriously amidst all of the absurd dry humor--but what struck me most about the movie was the sheer inspiration factor.

I watched this movie about one month before I started real work on ATL: Stories from the Retrofuture, and so much of the DNA of the detective parody and tongue-in-cheek stylings had its roots in this movie here. I knew it was pretty influential on me, but I didn't realize until now just how much so it was.

Reviews aren't great for the movie, which is bizarre to me because it's hilarious, Bob Odenkirk plays a great part, and it's *70 minutes long.* If this had come to Netflix and not theaters, people'd be talking about it even today. Such is the shameful curse of direct-to-video releases.