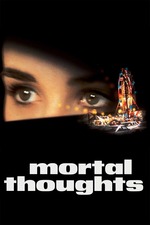 A pretty weird one, this. It's a down-and-dirty domestic thriller with a pretty weak script, almost TV-movie level with its pointless frame narrative and moments where the characters act way more like fictional characters than real human beings. But, as usual for Alan Rudolph, it's a visual delight. There's also some genuinely super emotional moments and the acting is very good despite the story problems, so it's a mixed bag, but one I'm just slightly up on thanks to the mood piece element of it.

Bruce Willis as a scumbag is one of his better roles. I wish he was cast in a "bad guy" role more often.