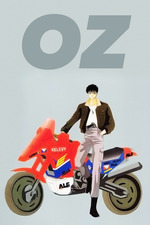 Despite having nothing at all to do with Oz and having the production values of, well, a 1992 anime OVA, there's some pretty funky stuff in this movie that makes it interesting to the point that if trashy late 80s/early 90s sci-fi is your thing, it's worth checking out.

For some reason there's an actual transgender character in the story and a frank discussion about it, even going far enough to use the word dysphoria and everything. I mean, it's handled about as well as you'd expect from a 1992 anime OVA, but the fact that it is there adds another layer of funk to what should have been a super generic and edgy action movie.