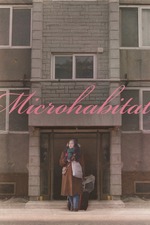 Doesn't quite live up to its intriguing premise, a woman chooses homelessness when price increases make sustaining her budget of cigarettes, whiskey and rent unsustainable. She couches surfs from one former college bandmate to another, all miserable in their own way while she remains pure, the only one of her peers not to compromise her independence and joy in life's most basic consumptive pleasures. Jeon Gowoon's directorial debut, she has a warm eye for colors, and the film's melancholy is nicely balanced by some moments of humor. Esom is very good in the lead role, watching her former friends like some kind of sad alien, schlepping her stuff from one self-inflicted tragedy to another.

Reviewed as part of my coverage of the New York Asian Film Festival.