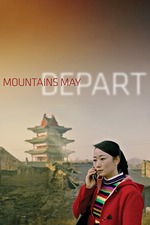 Tang Wei this year gave three terrific and very different performances in Blackhat, Office and A Tale of Three Cities.

I don't know which of them is having the better year, but they're both amazing.

And the thing is, Zhao Tao's performance here is better than anything either of them has done this year.