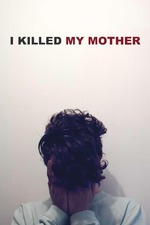 "You're swimming in troubled waters with the modern world's rage."

First off, let me just say that I can't relate to this movie. I love and will always love my Mom. I'm incredibly lucky to be the son of such an amazing woman. While I was never the kind of person to even say anything disparaging to my parents growing up, I am aware that truly good caregivers are rare and, because of that, I have significant respect for those kids who weren't as blessed as I was.

With his directorial debut, Xavier Dolan presents an interesting snapshot of familial chaos in the emotionally fraught home of a single working mother and her desperately independent son--a story that is based on Dolan's own upbringing. Through his eyes, the director's mother isn't cruel, callous, nor neglectful. In fact, you could argue that she's the opposite of those things. But all of that can't prevent her from being fundamentally incompatible with the hormonal teen living under her roof.

Dolan does some fine work here playing Hubert, a variation of his 16-year-old self. His vitriolic outbursts carry the weight of the experiences of his own life and make the screechy maternal confrontations at the heart of this utterly compelling. It's a shame that the film that's built around these clashes isn't as equally arresting.

Side plots offer glimmers of intriguing elements: Hubert's burgeoning sexual identity and his relationship with a thoughtful teacher being two examples. In more refined hands, this could've been a complex character study. As it stands, it's a decent elegy for Dolan's capricious youth and an examination of the faults that marked his entry into adulthood.

Still, is there any doubt that Xavier Dolan is the personification of raw talent? Not many directorial debuts display the degree of confidence that J'ai tué ma mère does. Even fewer directors can claim to have created something this impressive at the tender age of 20(!).