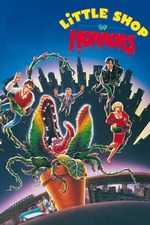 I had so much fun with Little Shop of Horrors. Feeling like a lean, Burton-esque passion project through and through, it charms with everything from its giddily sassy and screw-loose attitude to its outstanding special effects. It earns its reputation as the kind of counterculture musical you recommend to people who don't like musicals, precisely because it's almost designed to please wacky horror fiends as much as it is theater kids. It's the movie equivalent of someone who learns how to do a niche thing so well that you just wanna sit there and watch him do it (after inviting your friends, of course) until they don't feel like doing it anymore.

Scavenger Hunt 62 #29 out of 31 - Watch any film referenced in Not Another Teen Movie.