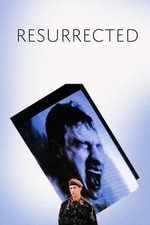 Paul Greengrass has established himself as both a muscular action director of shaky cam Matt Damon thrillers and of shaky cam docudramas that hark back to his previous role as a journalist. Here, in his directorial debut, Greengrass leaves the camera resolutely on the tripod as he investigates the fallout from the Falklands War of one soldier, Kevin (David Thewlis) who thought dead (and who’s funeral has already taken place in the opening scene), is found wandering the island weeks later, believing that war is still being waged.

It is a small drama in scope and budget, but the themes and emotional geography are large. On returning to his small village to be reunited with his family - Mother (Rita Tushingham) and Father (Tom Bell) - he is given a muted hero's welcome. The army doesn’t know what to do with him. Journalists circle a soldier who has come back from the dead like Lazarus. The locals are keen to celebrate a hero, buoyed by the jingoistic fervor of tabloid newspapers (the infamous ‘Gotcha’ headline celebrating the sinking of the Belgrano noticeably cut out and stuck next to a dart board). His girlfriend Julie (Rudi Davies) is keen to rekindle a relationship but is now emotionally cut off from a man who is demonstrably changed from the person she once knew.

Is Kevin’s amnesia brought on by PTSD (flashbacks to a night time assault show the gore soaked and hellish nightmare of battle, confusion writ large across faces as carefully laid plans are forgotten amid the viscera and smoke of modern warfare)? Or has he gone AWOL in the heat of battle, betraying his comrades? Greengrass is not interested in easy answers. There is no dichotomy here. Both answers can be right and wrong at the same time. That Kevin has been drastically affected by the war is not in doubt, and a young Thewlis shows the damage wrought to a fragile psyche on a strikingly young face.