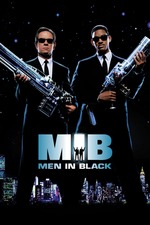 When I was 10 I would play a game called
“Will Smith” with a pair of twins during recess at my after-school day care. You just pick a Will Smith character and that’s it. You’re that character now. One of these twins would seriously pick Will Smith in Independence Day every time like a complete idiot. Think of all the options you have for Will Smith in 1997. You have 1st pick and you actually choose this clown Captain Stephen Hiller... when all the greats are still available: Agent J, Mike Lowery, Will Smith (Fresh Prince character), and Will Smith (the actor/musican just normal style)

Also. The ending. I’m 10.  They zoom out of Earth and you realize our entire universe is inside a marble some alien is just using to play a game... Wow. Incredible stuff. Like what if? Every movie would be better if it had a big Twilight Zone twist in the last 30 seconds. Like what if Green Book ended with a zoom out and you realize the whole thing took place on Mars in 3045 BC! Crazy! Probably a better movie. I haven’t seen it yet. Does anyone have a screener I can borrow? I can pick it up and drop it off and I’ll buy you some candy.

Ya this thing is great. The score is so good. Vincent D’Onofrio gives probably the best performance in the history of movies, films, and also cinema??? It holds up*!!

As for the twins, one of them became a good friend and the other a great acquaintance.
The twins currently reside in Washington, d.c.

*except the part when Tommy Lee Jones says “Every person on this monitor is an alien” and they cut to a bunch of hilarious celebrities like Al Roker?! WTF?! Newt Gingrich?! Dennis Rodman?! Crazy celebs sure, but aliens?!