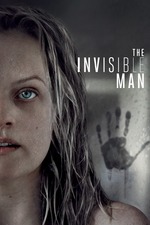 One thing that struck me after finishing The Invisible Man is how this might've worked with someone like Ana Lily Amirpour directing. Just a hint of avant-garde style and perhaps not as literal. The idea of being consumed emotionally and physically by an adversary you can't see is compelling...whether the adversary is real or imaginary is probably irrelevant. I suspect most people feel haunted by someone from their life....friendship turned sour, x-spouse, abusive parent, teacher...etc. For 20 years I had nightmares of this crazy Italian boss that yelled at me when I burned a pizza. That woman was in my head for years after I quit. I can't imagine the trauma of getting beat by your wife/husband.

In any case, I like that they took this seriously and didn't get snarky and ironic with everything. There's a sincerity here that feels...mature? Almost old fashioned. No real complaints other than immediately playing the "What If" game after it finished.