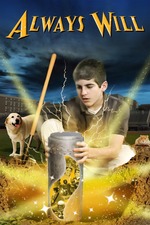 Using a time capsule as a time machine is a unique twist. Normally travelers get into a vehicle or booth, or travel into a wormhole, this is quite possibly the first movie I've seen where a person can put their hands on a time capsule and just think about a past event and will themselves back in time so they can change the outcome of an event.

There isn't any time travel story that doesn't create paradoxes on itself, including this one. The teenage boy, Jacob, uses time travel, or rather abuses it, to correct a lot of trivial events: mistakes he and his friends have made, making himself more popular in school and of course the biggest one: to draw the adoration of the opposite sex.

I liked the story here, but felt the production values were very low quality. I'm not talking budget, which is low, but some of the acting is so wooden and terrible. Lines that are quite obviously being read, not acted or sounding even remotely like something anybody would say. The emotion on the actor's faces also doesn't match up.

When the credits roll, there is a blooper reel, so clearly there could have been worse than what's on the screen, but it all seems shoddily packaged. Like it is being made by student filmmakers or something. I don't know if that's accurate, but that's how this comes off and it's too bad because the script -- dialogues aside, strictly story -- is promising. I can't recommend this, it's a two-star movie, but it's among the most entertaining of that rating movies ("mediocre") that I've watched.