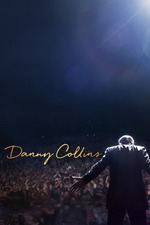 Al Pacino plays a famous singer who gets a letter from Beatles John Lennon that changes his life. Suddenly, he wants to quit the touring and partying and make amends with family he left behind and start writing music again instead of living off songs written many years in the past.

Pacino's a legend no matter what script he's given. He wrings out every word of every dramatic scene he's in. Jennifer Garner has a supporting role as the pregnant wife of Danny Collins estranged son. Probably the only weak spot in this film is the singing. Pacino isn't convincing as a singer and/or he doesn't sing very well. Kind of reminded me of a film where Meryl Streep tried to play a hard rocker ... just not a fitting role, despite her awesome skill. Same goes here. Once he got in front of the microphone the illusion was shattered, but until then, this is good stuff.