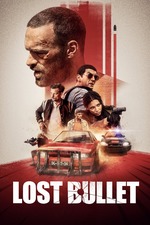 French action film on Netflix of the police using a wily car builder in prison for a task force. When he gets out, his mentor is killed and they try to pin it on him, having him go rogue to find a single bullet inside a car that will prove his innocence.

The dubbing is a bit suspect at times, but the action scenes, especially involving cars, are pretty good for a lower budget film. I saw an apt headline labeling it "The French and Furious" (source: https://www.cheatsheet.com/entertainment/lost-bullet-movie-review-the-french-and-the-furious.html/) which made me chuckle. Those action scenes aren't on par with that famed franchise, but we can see where at least some inspiration came from.

It's an OK movie, relying more on action than plot. Not a bad effort, but comes up short for a recommendation.