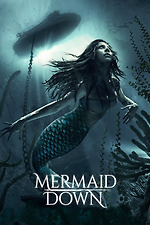 Don't know why I'm feeling pain for a fantasy creature (I do, that's false rhetoric), but this mermaid is brutalized in the opening scene. Ripped from the ocean by shady sailors, an axe taken to her fin and then seemingly banished to an insane asylum. Yeah, it hooked me, pardon the pun, but downhill from there.

So, if you're into more than a little mermaid torture, this movie is worth checking out. I'll give it points for creativity but it didn't hold my interest as well as it should have. It didn't quite go where I was hoping. Disappointed. Not recommended.