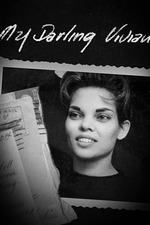 Rock is my music genre of choice, but I like a few Johnny Cash songs. I mean, who doesn't like the straight ahead, low-throated voice, the acoustic guitar. The fact he seemed to live his country music roots as a rock and roll drug addicted superstar seems somehow ironic. He was kind of like the Elvis of country.

And then there's June Carter Cash. I was familiar with her and Johnny, of course.

But before any of that there was another woman named Vivian Liberto. This was Johnny Cash's first wife of 12 years. He fathered four children with Vivian and she was there before and when he became Johnny Cash the music legend.

Yet, I didn't even realize she existed.

This documentary examines the life of Vivian Liberto and her marriage and eventual divorce to Cash. It's an excellent documentary that made me sad for this woman that we should have known, but like Dolly Parton's husband Carl Dean, stayed out of the spotlight.

There was one time Vivian became news when people believed she was black (she's white) and there was outrage toward Cash for an alleged interracial marriage. His concerts were canceled in the south and he had to get attorneys to clear up the matter so his concerts could be rebooked.

This is a unique story of someone maybe you won't know either. It's very well done and part of the SXSW 2020 film available for free viewing on Amazon Prime Video from April 27 - May 6, 2020. Recommended.