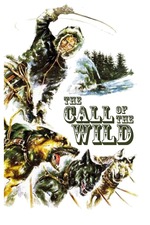 The Call of the Wild

After watching the 2020 adaptation of the Jack London novella, I saw this was available on Amazon Prime Video and streamed it. Didn't take long for that scene with the vicious man in red beating that dog to remind me of the London story I read so many years ago. This is a much more faithful adaptation, brutality and all.

If you don't like seeing real dog violence (dogs are whipped, beaten and bloodied -- and I'm sure it's fake, not real, but still it seems very real), steer clear of this movie. Charlton Heston does a good post Planet of The Apes performance as John Thorton. He's the mail carrier in this version vs. Harrison Ford as a Yukon recluse in the 2020 version.

The production values are kind of weak, even by 1972 standards, but I was entertained throughout. No idea what the budget was for the time, but if we could have had this script in 2020 with the production values (and at least some real dogs) this would be the best adaptation. As it stands, I'm giving it the same three star rating, but I prefer this version. Recommended.