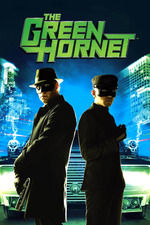 This is more of a comedy duo film than a superhero film and Rogen, always funny, seems very miscast. Rogen is better cast as the party guy like he was in Superbad. Jay Chou does an admirable job as Kato, but huge shoes to fill. It's a little better on a rewatch than I thought the first time seeing, but still just OK overall. Not recommended.