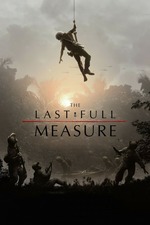 In 1966 in one of the bloodiest battles during the Vietnam War William H. Pitsenbarger, a United States Air Force Pararescueman, lowers himself into the battle to help the wounded and fight alongside the Army soldiers. This story is told in flashback 30 years later with a Pentagon staffer assigned the strangely political task of trying to get Pitsenbarger awarded the prestigious Medal of Honor.

The source material is fantastic, but this is another one of those stories that the way it is told is just too slow and at times clumsy. A good cast too with greats like Samuel. L. Jackson in a supporting role. I think the actors did what they could do, but the story just unfolds in an awkward way. Maybe they should have told the story in more linear fashion rather than the Little Women like frequent flashbacks into Vietnam whenever the Pentagon staffer story part was too slow.

Sound and cinematography are good. Editing is OK. Production design, costumes and makeup were believable, particularly the war scenes. The ending redeems some of the story shortcomings. Wait for the end credits for a pleasant surprise. Recommended.