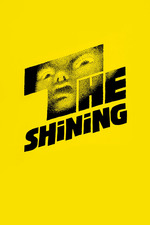 This is one of the scariest haunted house stories ever made. Legendary in horror film circles. It has differences from the novel and the film, and I'm surprised that Stephen King didn't appreciate how truly scary this film turned out to be, even if it made changes to his story. King seems more hyper-focused with Jack Nicholson's portrayal and Shelley Duvall. Both of these actors were incredible on screen. Kubrick was legendary in demanding retakes. Shelley Duvall has a baseball bat retake over 125 times!

How scary is this movie? Just watch it in the dark, all the lights out. The music, sound effects, atmosphere of this gigantic hotel in the middle of nowhere in the winter. It's just sheer genius on film. The Overlook Hotel consumes this nice family who is there to take care of the building. It's in most horror fans top 10 best horror films ever made and rightfully so. Highly recommended.