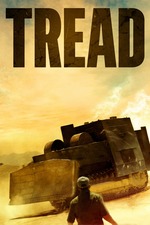 Documentary about Marvin Heemeyer, a skilled welder and business owner in Colorado who goes off on those in town who wronged him in 2004. He modifies a bulldozer adding fortified cement and steel, creating the ultimate killdozer, a machine that can demolish buildings, cars and is impervious to gunfire. He outfits the killdozer with cameras that he uses to drive, so he can't be shot through view holes.

The film recreates the some footage, interspersing with the actual event footage. Heemeyer's rage reminded me of another documentary I've seen in the last year called Dead Man's Line, only that one involved a hostage. This was just all out machine madness. Despite taking a star away for being a little long-winded to get to the point (should have been in rampage mode sooner), I loved it. Recommended.