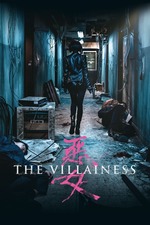 One criticism I frequently point out in high octane action movies is the lack of plot development. Well, I finally found an insane action movie with a complex story. The irony in The Villainess is perhaps it has too much plot. But, don’t get me wrong, the action is spot-on amazing.

The opening scene is more-than-likely the action event of the year. Filmed straight outta Call of Duty, and featuring a body count that would make King Leonidas of Sparta blush. The first-person shooter film perspective does give me a slight headache, but I must admire the action choreography. The scene is the fix us action junkies need for our addiction.

The Villainess is Korean to the bone. You see all that you would expect such as quality acting from little kids, complex storytelling and emotions running wild. I do think there’s too much plot, but it wouldn’t be the same movie without it.

You can’t help but think of Kill Bill, La Femme Nikita and Lady Snowblood while watching. Ok-bin Kim is a fabulous actress and brings a lot to her very complex character. The way she looks like two different people is as impressive as her fighting. The action choreography is filmed in a way that makes it impossible to tell who is really doing the fighting, but it doesn’t matter, because it looks real to me. Perhaps, my biggest mistake, is watching The Villainess before watching Atomic Blonde, because it will be impossible to watch without comparing the two.