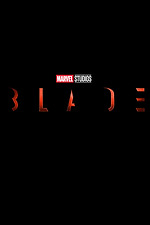 We have now found our director! Bassam Tariq has been hired. I don't recognize any of his past work but I can't wait to see what he'll do here!

Sadly, I have been hearing they should have hired a director with the "same" skin tone as Blade. That is just RIDICULOUS. Skin color shouldn't automatically mean you get hired. They should be finding the best person for the job. You shouldn't just get hired for superficial reasons.

That's like just hiring directors who happen to be female to just do "female" characters. Do you know how limiting that is? You're basically putting directors in a box. Um? No. A character is a character. For example: There happens to to be a lead character who's a "female". What if the best director they hired happens to be a man?

It shouldn't matter. What if he found the character interesting? What if he can do something great with the movie? I just don't like this climate where people are sacrificing merit for shallow reasons. Then people will shoot at you the "see yourself" crap. What the heck does that even mean?

I don't go to movies to "see myself", I want to be entertained. I'm not obsessed with skin color and gender. The heck. There's more to characters then their skin and gender. You have to make them interesting then anyone, NO MATTER WHAT THEY LOOK LIKE will be engaged by them.

It seems like movies now get extra points for having a certain sexuality. Like what????? I don't get it. I don't get it. A good movie should come FIRST. Man, I feel like I can go on and on about this topic.

Patty Jenkins has said the "female director" label is a huge drag. She said: "Every movie I make may have a female lead coincidentally, but I don't make "women's movies." I'm just making movies for everybody that might have female leads, you know? And so the world is slowly coming around." YES PATTY. Love when filmmakers & actors speak on this. She just cares about making good movies & entertaining EVERYONE.

Okay I'm done. Still mad about this political climate in movies. But I do want to talk about the lead to this movie! Mahershala Ali will be playing Blade in this movie! I like that choice. I don't want to compare what he'll do to Wesley's version but I think Mahershala could pull it off.

He gives off that feel with his role as Vector in Alita: Battle Angel. The glasses. The way he talks. It would be interesting to see what else more he could while actually in the role of Blade. But I am happy about Bassam's hiring! 😀