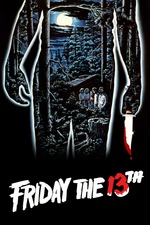 Other than that first person camera, and a score that was probably good in 1980... yeah everything else is terrible. I don't know a single characters name other than Jason, and I saw his face like once. Dialogue was bad, there was no plot other than people dying, I just wanted it to end after 15 minutes. Garbage.

Also, I had to go back and take a half star away from this after watching that slow-mo head chop. 1 star.