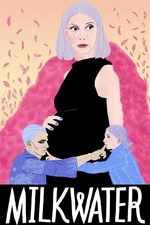 There are a few cringe indie movie moments (you know the ones) but this mostly works. I liked the lead character and thought her immaturity was neatly developed throughout. Having said that, Roger set his boundaries in such shitty and misleading ways. And I can't decide if this was bad writing on the part of the movie (it is the central conflict of the film) but the way it's set up mostly leaves Roger looking like a dick. His cause was justified but we the audience, we're never privy to why there was such a sudden shift in his decision to distance himself from her. Curious to see what other people think on that front.

Highlight was the trio of Aussie music store owners (god knows why they need four staff for a tiny music store, but honestly that just adds to the absurdity).