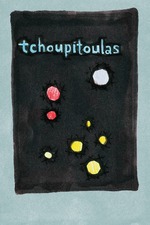 takes you directly into the hazy chaos of new orleans nightlife, a place somewhere between a purgatory and a paradise for musicians and artists. the disorientating texture of the street atmosphere is brought to life as perfectly as seems possible through film.

shapes, shadows, and lights loom over the three children that the camera follows, but they are completely at home, unafraid and seemingly in no danger. they move along tchoupitoulas street and into darker surrounding areas, unwittingly exposing the beautiful guts of the city and its people.

incredibly simple, uniquely illuminating. a simultaneously apocalyptic and idyllic representation of a city formed by culture and tradition.